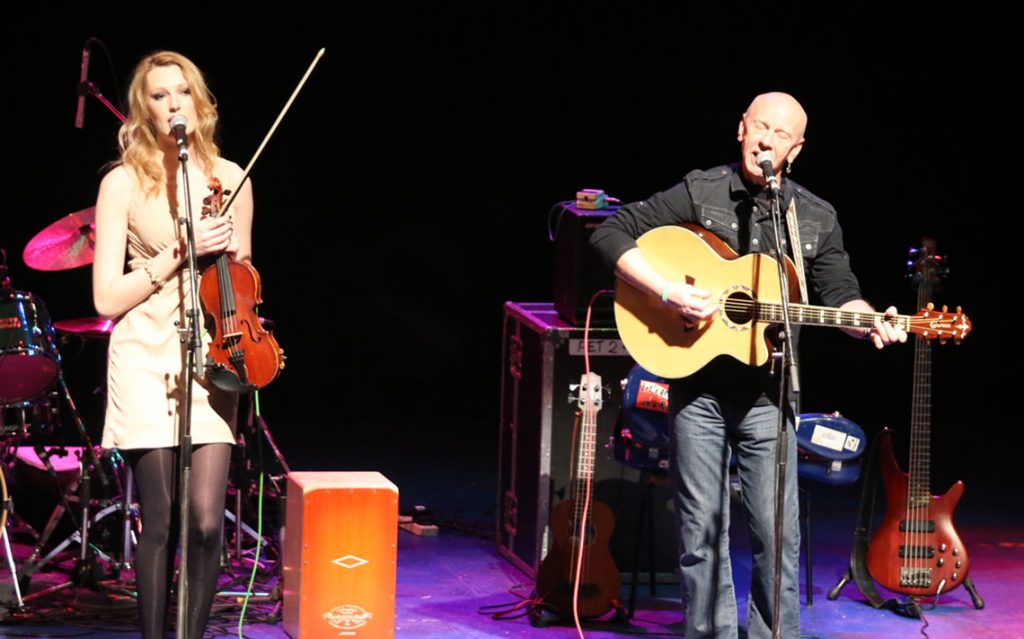 Also in 2006, Kevin took time out to do a solo tour of the US arranged by long term friend Steve Carson (bass player and promoter.) Whilst staying with Steve’s family in Cincinnati, Kevin did some playing with Steve’s daughter Rosie. Another young fiddle player who Kevin took under his wing, they went on to make three albums together, The Salty Diamond was recorded in Newport, Kentucky, followed by Between the Distance and Nightbirds. Over a few years they played several UK tours, including supporting Fairport Convention on their five thousand mile 2015 Wintour, after which, Kevin disappeared for a short while to Abu Dhabi for some solo work.

In 2009 Kevin was again asked to step in and help, this time by multi award winner accordionist Harriet Bartlett who had worked with some of the biggest names in Folk, such as Aly Bain and Phil Cunningham. This was the start of another duo that so far has toured UK and Europe, with more gigs in the pipeline. 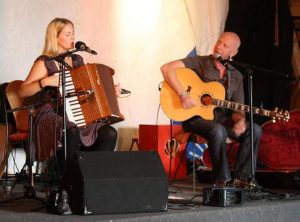 Karen Tweed (accordion) and Carolyn Robson (vocals) were teaching at Folkworks in 2012 and met up with Kevin there. After playing with them, Kevin agreed to join them in a new venture. As DTR they very quickly they recorded an album, Dirt Road, in preparation for appearing at the National Folk Festival in Canberra, Australia.

“The festival organiser from Fairbridge Festival (in Western Australia) knew me from Dando Shaft and Whippersnapper so on hearing I was going to be in the country, he booked me to play solo at Fairbridge. He also found a few gigs for me after the festival, so I did a short tour of the West coast.”

The following year Kevin returned to Australia to play solo at the Nannup Festival, also in Western Australia, and again in 2016 with the same format of festival and short tour, including Fairbridge Festival.

Producing music is another aspect to Kevin’s work which grew out of necessity in his early career. As well as collaborating with Joe Broughton on their recordings, Kevin has produced albums for some of the young musicians he has helped to mentor. At the other end of the generational scale, he also produced the album Straws in the Wind by Dave Swarbrick and Martin Carthy.
Asked what were the biggest and the smallest venues he’s ever played, Kev said:

“The smallest was a restaurant and weekend music venue in Llangollen, North Wales called Jonkers. It was tiny with only space for an audience of twenty. The biggest was at the Rama Lila Ground in Delhi to an audience of two hundred and fifty thousand – but of course I wasn’t playing solo on that one!”