Kevin Dempsey is an unassuming sort of bloke. His quiet manner and laid back attitude hide a multitude of extraordinary talents as guitarist, singer songwriter, composer, arranger and producer. His wide experience shows in his versatility and ability to turn his hand, and guitar, to many different styles and genres and, for a long time, he has been sought out by other musicians.

Born in 1950 in Coventry, the UK’s industrial heart, Kevin inherited his Dad’s love of Soul and R&B and like his Dad played drums from an early age. It wasn’t until he was sixteen when he went to an Alex Campbell concert that he felt an affinity to Folk music and fell in love with the guitar. He bought a Harmony Sovereign guitar which is still lovingly preserved in his studio today. 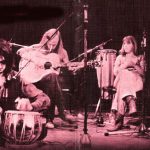 By 1970 Kevin had teamed up with Dave Cooper, another Coventry guitarist, to form their first band, Dando Shaft. After recruiting multi instrumentalist Martin Jenkins, Roger Bullen on bass and Ted Kay on percussion, they produced, An Evening with Dando Shaft. It was the first album of four they were to make. Kevin was writing… END_OF_DOCUMENT_TOKEN_TO_BE_REPLACED 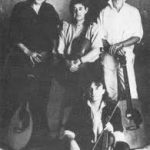 In 1981 Kevin had a phone call from the manager of a vocal Soul group called Delegation. They needed musicians for a two week tour of Nigeria and, up for any new experiences, Kevin agreed – certainly one he’ll never forget! In 1983 the already almost legendary fiddle player Dave Swarbrick left Fairport Convention to… END_OF_DOCUMENT_TOKEN_TO_BE_REPLACED 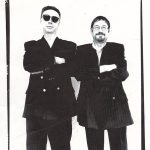 When the duo with Chris Leslie ended, (Chris joined Fairport Convention) it was the mid 1990’s and Kevin got together a duo with Dave Swarbrick, which they called Cofa. They toured the UK and Europe until 1999 when Dave became ill on the return journey from an Austrian tour. He suffered respiratory failure and it… END_OF_DOCUMENT_TOKEN_TO_BE_REPLACED 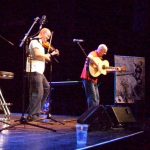 In 2000 Kevin had a call from Joe Broughton asking if he would like to meet up for a play. “I remember meeting Joe at a Whippersnapper gig at Burnley Mechanics – I think he was 14 then. At the end I was talking to him and his older brother (guitarist) Ben, and Joe said… END_OF_DOCUMENT_TOKEN_TO_BE_REPLACED 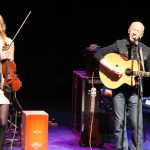 Also in 2006, Kevin took time out to do a solo tour of the US arranged by long term friend Steve Carson (bass player and promoter.) Whilst staying with Steve’s family in Cincinnati, Kevin did some playing with Steve’s daughter Rosie. Another young fiddle player who Kevin took under his wing, they went on to… END_OF_DOCUMENT_TOKEN_TO_BE_REPLACED

As with composing music, Kevin first started writing song lyrics for Dando Shaft because of a desire to sing his own songs.  There is something special about lyrics which could also serve as poems, and Kevin’s invariably do that. Words harbouring love and loss, redemption and betrayal, consciousness and humanity, and enigmatic phrases which comment… END_OF_DOCUMENT_TOKEN_TO_BE_REPLACED 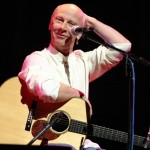 Kevin started working with Jacqui McShee (Pentangle) at the New Forest Folk Festival in July 2017, then in August played with her at the concert held in homage to Bert Jansch at the Queen’s Hall in Edinburgh. During 2018 they played as a duo in Italy and as Jacqui McShee & Friends including Mike… END_OF_DOCUMENT_TOKEN_TO_BE_REPLACED