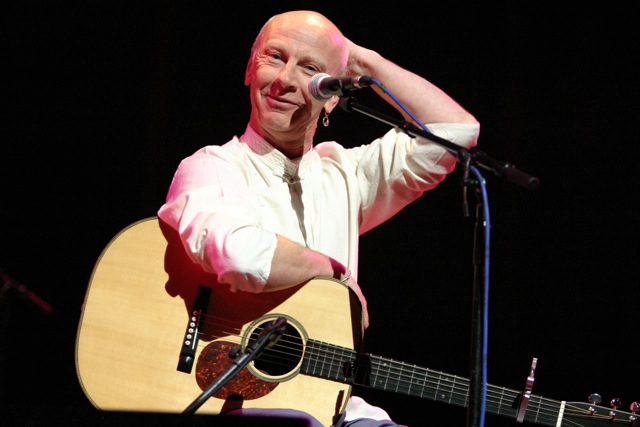 Kevin started working with Jacqui McShee (Pentangle) at the New Forest Folk Festival in July 2017, then in August played with her at the concert held in homage to Bert Jansch at the Queen’s Hall in Edinburgh. During 2018 they played as a duo in Italy and as Jacqui McShee & Friends including Mike Piggott (Pentangle) and Tom Chapman, (UFQ) the extraordinary cajon player.

2018 /19 also saw the annual February tour with Joe Broughton (Albion Band, Urban Folk Quartet) and a few gigs with Carolyn Robson and Paul Hutchinson going out as Makepeace. An enjoyable couple of gigs with Marion Fleetwood (Iota) happened unexpectedly in 2019! But most of Kevin’s time is taken up with solo work, and during 2018 and 2019 he toured Austria, Germany and Italy.

Teaching is also important and Kevin has been asked to return many times to a few places. Creative Vacances in France, Folkworks in Gateshead, and Halsway Manor in Somerset all run residential courses. At Halsway Kevin has led their Guitar Week for the last two years and also occasionally helps out at Joe Broughton’s Fiddle School days. Summer 2019 he also taught a Trad Music Workshop in Lockenhaus, Austria.

During 2019 Kevin has produced his album with Jacqui McShee which will be out before the end of the year. 2020 looks like it’s going to be busy and will include a solo tour in Canada.

Kevin’s guitar playing is inspired and inspiring; the strings bending to Kevin’s will as he insists on getting the sound he wants.

Joe Broughton says, “Kev is the best guitarist on the planet.”